PESHAWAR: The journalists in Pakistan, especially in Khyber Pakhtunkhwa, paid a high price for promoting the cause of truth and spreading peace, said US Consul General Jon Danilowicz.

He was adressing a musical concert titled ‘Harmony and huminty’ here on Saturday night. The concernt was organsied by Consulate General of the United Sattes of America in Peshawar at a local hotel to commemorate the sacrifices of slain journalist Daniel Pearl.

Speaking as guest of the honour at the event, the US consul general said that they all stood there to celebrate the sacrifices of Daniel Pearl. He stood for exposing the truth, he added.

Mr Danilowicz said that he was impressed by the wonderful performance by the local musical bands. The musical concert, the diplomat said, was not just a tribute to the slain US journalist but also it was a message to all journalists around the world to strengthen a spiritual bond for supporting the cause of truth.

“This evening concert is a tribute to Daniel Pearl and all those journalists, who have lost their lives in the line of duty. We want to celebrate Danny’s life and his professional work,” Mr Danilowicz said. He said that it was his first public event to attend since he had taken charge on October 1, this year. “I am impressed by performance of the young talent. Daniel Pearl Foundation (DPF) formed by his family and friends in 2002 promotes mutual respect and understanding among diverse cultures through journalism, music and dialogue,” the diplomat added.

Daniel Pearl was a journalist with American and Israeli citizenship. He was kidnapped and later killed by militants in Pakistan in February 2002.

Sumera Azim, a young woman, while shedding light on Daniel Pearl’s life and contributions said that he was a symbol of hope. He built bridges between diverse cultures as a writer, a journalist and a gifted musician, she added. She said that music turned to be an essential expression for Danny, who became a fixture in several bands of the world.

“He had improvised violin and fiddle as he had an insatiable curiosity for music, academics and sports,” Ms Sumera said. She added that Daniel Pearl World Music Days was the world’s largest symphony for peace. This international network of concerts was held in the memory of the slain journalist-cum-musician.

Since launch of World Music Day in 2002, more than 15,000 concerts in 132 countries had been held. This year’s concert featured students, who presented skits, read poetry and sang songs. Daniel Pearl Foundation was formed in 2002 to promote the ideals that inspired his life and work.

Four local musical bands including Leads and Beats, Ravish, Sparley and Husnain Javed and Co enthralled the select-gathering and received a round of applause from the audience.

The Leads and Beats from Institute of Management Sciences and University of Engineering and Technology, Peshawar was the first to perform. Sparley band’s lead singer Bilawal Saeed sang numbers of Ghani Khan and Khatir Afridi while Ravish, an Islamabad based band, too mesmerised the tasteful participants.

Husnain Javed and Co, a sufi band, sang sufi numbers of Baba Bhulle Shah, Baba Fariddudin Ganj Shakar and a few others. Husnain’s sufi number Mast Qalandar forced US diplomat Raymond Stephen along with a group of young students to dance in a spiritual frenzy. He received a standing ovation for the remarkable performance.

Later, Mr Stephen told Dawn that such an event could build a spiritual connection among people from diverse cultures. “The performance of the local instrumental bands was superb. I believe local bands have great potential in them. The message that goes out to the journalists around the globe is that protecting them is inevitable for a balanced society because they stand for truth,” he said.

At the end of the event, a group of Pakistan Tehreek-i-Insaf activists drew attention of the otherwise spiritually-charged audience when they chanted ‘Go Nawaz Go’slogans. However, the US diplomats had left the venue before the formal end of the concert. 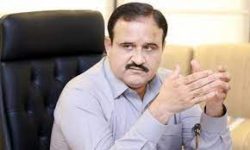 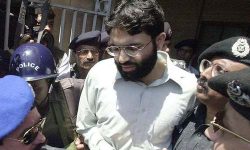