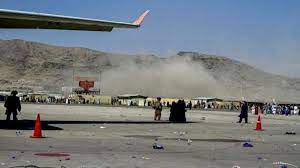 Mengal, a reporter associated with 92 News, remains missing for the last many days and is suspected of being detained by Taliban militants following the Kabul airport bombing on August 26.

The journalist reported live on television at the bomb site on August 26. His family relatives said that his phone has been out of reach since the live coverage. Before Mengal disappeared, he had also been reporting in Kandahar and Herat city.

Earlier, two other Pakistani journalists, Khyber TV reporter Mateen Khan Achakzai and cameraperson Muhammad Ali were detained in Afghanistan while reporting in Kandahar on August 25. However, they were freed two days later and returned to Pakistan safely.