About 40 licensed independent FM radio stations in Pakistan have decided to establish a formal platform to represent the radio broadcast sector’s interests and to promote greater professionalism and an enhanced and prioritized focus on local communities to become the premier voice of the people across Pakistan.

“We the independent FM stations of Pakistan, representing about 40 private FM stations in all four provinces of Pakistan – and Azad Kashmir, at a National Conference Radio Conference held in Islamabad on December 8 and 9, 2011, by Intermedia Pakistan, which convened to review the successes and challenges of the independent radio sector for the last decade and to chart a roadmap for professional development for next decade, assert the following:

As a professional sector, the independent FM stations of Pakistan affirm our commitment to community development through representation of community interests and focus on community service through our broadcast operations.

The independent radio stations of Pakistan are establishing an association that will focus on development of this sector along professional lines dedicated to defending its rights and responsibilities, business and professional development, forging partnerships with local communities and other stakeholders and serving as the primary watchdog of local community interests across Pakistan. For this purpose, a Steering Committee comprising broadcasters Waseem Ahmed, Naeem Mirza, Rafiq Fieca, Mahesh Kumar and Azhar Hussain has been set up with Adnan Rehmat of Intermedia Pakistan as coordinator, which will draft the mission statement, objectives, constitution and rules and regulations of the proposed association of independent radio stations of Pakistan.

The independent FM radio sector in Pakistan is a natural partner of the civil society of Pakistan and the development sector in our collective endeavor of promoting a development agenda for the local communities across Pakistan.

The independent FM radio sector in Pakistan is happy to serve in – and seeks to strengthen – its principal role as a bridge between the local communities and the local governments to promote a community development agenda through local dialogue.

“Through a unanimous resolution, we the independent FM stations of Pakistan also demand the following:

The federal, provincial and district governments should acknowledge and approve the independent radio sector as one of the key recipients of government resources dedicated to development as a community service priority.

The government authorities should promote community-friendly policies aimed at supporting community radio broadcast media and focus on expanding the radio media map to the communities across two-thirds of Pakistan, which currently do not have local radio stations, and therefore no platform to articulate their interests to the authorities and amongst themselves.

Are FM radio stations in Pakistan becoming a voice of local communities or not? Why has radio in Pakistan not captured popular imagination as a source of information like TV and newspapers? These questions were among a host of issues that were tackled in a two-day national conference of Pakistan’s leading FM stations held in Islamabad on Dec 8-9, 2011.

Intermedia Pakistan, a Pakistani media development organization that has been providing advocacy, research and training resources for the radio sector since 2005, conducted the conference titled “FM Radio as a Voice for Local Communities – Building a Better Broadcast Sector in Pakistan”.

The conference brought together the ownership and senior management of over 40 FM radio stations from all over Pakistan to take stock of 10 years of independent broadcasting in Pakistan and celebrate its successes and discuss the challenges and to try and map what the trends will be over the next 10 years.

It has almost been 10 years since the broadcast sector regulator Pakistan Electronic Media Regulatory Authority (PEMRA) was established to promote independent broadcast media in the country. “This milestone calls for a review of the successes and challenges of the dozens of FM radio stations in Pakistan and how they have become to be an every-day reality in both the urban and rural areas in large parts of the country and are positively contributing to a sense of community,” Adnan Rehmat, the Executive Director of Intermedia Pakistan said at the conference.

The second day of the conference (Dec 9, 2011) focused on discussing ways and mechanisms of building networking among Pakistan’s FM stations including discussions on why radio has still to emerge as a popular public information medium in the country; models of sectoral representation for radio and association building; mapping possibilities and opportunities for professional networking of radio stations; future plan of action for Pakistan’s radio sector and designing a charter of collaboration. 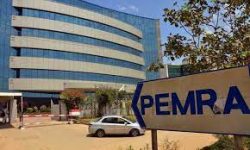