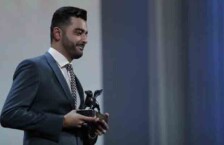 The role of Alina in ‘Darling’ is played by Alina Khan, a real transgirl actor from Lahore who makes her acting debut in the film. Last year another short film by Sadiq: ‘Nice Talking To You’ had won the Best Director Award at the Columbia University Film Festival.