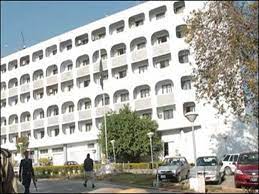 ISLAMABAD: The Foreign Office said that Pakistan remains fully committed to the promotion and protection of human rights and urged the international community to closely monitor the situation in the Indian Illegally Occupied Jammu and Kashmir (IIOJK) and also to urge India to respect its international obligations.

Giving Pakistan’s reaction to the recent US State Department Human Rights Report, the Foreign Office spokesperson, Zahid Hafeez Chaudhri, said that Pakistan remains fully committed to the promotion and protection of human rights, in line with its national legal framework and international obligations. He said that a series of legislative, administrative and policy measures as well as institutional reforms have been introduced in the country with a special focus on vulnerable groups, to ensure the enjoyment of human rights and fundamental freedoms by all Pakistani citizens. “We believe that the global human rights agenda is better served through constructive engagement and by following the principles of objectivity and non-politicisation,” he added.

He further stated that the Report’s findings of the grave human rights situation in the Indian Illegally Occupied Jammu and Kashmir and the culture of impunity prevailing there, echoes the concerns of the UN human rights machinery especially the UN Office of the High Commissioner for Human Rights, UN Special Procedure Mandate Holders and others.

“The international community must continue to closely monitor the situation in IIOJK and urge India to respect its international obligations,” he added.

In the US State Department’s 2020 Country Reports on Human Rights Practices to the US Congress, it has pointed out several significant human rights issues, including unlawful and arbitrary killings, restrictions on freedom of expression and the press, corruption, and tolerance of violations of religious freedom in India.

However, it noted “improvement” in the human rights situation in the Indian occupied Jammu and Kashmir, saying: “The government continued taking steps to restore normalcy in Jammu and Kashmir by gradually lifting some security and communications restrictions.”