Pakistan to offer 100 scholarships to Cuba

The premier has forwarded the request to the Higher Education Commission (HEC) for implementation, HEC Chairperson Dr Mukhtar Ahmed told The Express Tribune.

Separately, the scholarship programme, the Cuban government has also expressed interest in establishing a sports education university in Pakistan. They also hoped to work together in biotechnology, agriculture, and medical education.

The news came at a ceremony held at the HEC on Wednesday to acknowledge the services and assistance given by the Cuban government to Pakistan after the 2005 Kashmir Earthquake.

Cuban Ambassador Jesus Zenen Buergo Concepcion remarked that on October 14, 2005, within six days of the earthquake, the first group of 2,400 Cuban doctors arrived in Islamabad. He said the gathering on the 10th anniversary of the arrival of the first group of doctors is a sign of immense solidarity, brotherhood and friendship.

“As a gesture of solidarity with the people of Pakistan, Cuba granted 1,000 scholarships to Pakistani students”. He further added that the Pakistani doctors who graduated from Cuba will contribute to improving medical care in their homeland.

The ambassador said Pakistan and Cuba will celebrate October 28 as the 60th anniversary of the establishment of diplomatic relations between the two countries.

HEC Chairman Dr Mukhtar Ahmed expressed gratitude to the people and Government of Cuba for its help and assistance at a time of need and urged the audience, especially the graduating doctors, to remember Cuba’s help.

He said an MoU has been signed between the two countries to establish a sports university.

Medical graduate Bushra Khan told The Express Tribune that the experience in Cuba was one of the best she has ever had.

She said the first year was spent learning to speak Spanish, then five years of medical school, before a one-year house job. “Their teaching style, clinical skills, and experience in the management of preventive measures is immaculate.” 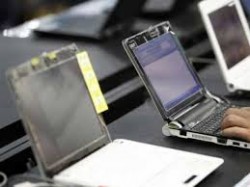