Pakistan to have laptop assembling plant 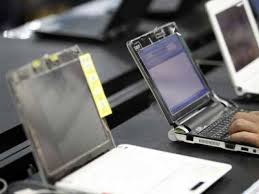 ISLAMABAD: The Higher Education Commission (HEC) has suggested to the Board of Investment (BOI) to organise international investors conference for establishment of first ever laptop assembling/manufacturing plant in Pakistan.

After the government’s laptop scheme for students, Pakistan has become a potential market for this small computer.

The plant would also be used for manufacturing of other telecom item including mobile phones.

The HEC media manager Murtaza Noor while talking to Dawn said that the government had instructed the HEC to arrange laptops for Prime Minister’s Scheme.

They will be distributed among the students in next five years.

“We have assessed that laptops of over Rs30 billion will be purchased to distribute among students. So it would be better to invite companies to install an assembling plant of laptop in the country in first phase and in the second phase companies would be encouraged to start manufacturing of laptops,” he said.

“That plant will be used for the assembling of laptops and in the second phase for the manufacturing of laptops and mobile phones due to which Pakistan can save foreign exchange of around one billion dollars (Rs100 billion) every year,” he said.

He said that at the moment assembling and manufacturing plants have been working in countries like Kenya, Rwanda, Saudi Arabia, UAE and Bahrain which have tens times less population as compared to Pakistan.

“We should have decided to manufacture laptops and cell phones within country ten years back to reduce the gap between imports and exports,” he said.

He said that a meeting has been held between Chairman Board of Investment Zubair Umar and Chairperson HEC Dr. Javaid R. Laghari.

The chairman BOI assured his cooperation in this regard.

They were of the view that this step would be greatly helpful in strengthening indigenous capacity in laptop manufacturing/assembling and will create job opportunities for skilled youth and 50 per cent of the required labour will be provided by the Prime Minister’s Skill Development Training Programme.

During the meeting, it was also agreed that International Investors Conference will be held after Eid. Well reputed companies will be invited to participate in the conference. 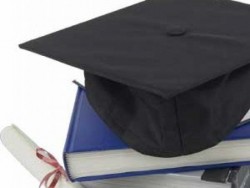 Pakistan to offer 100 scholarships to Cuba