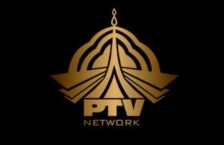 ISLAMABAD: The state-run Pakistan Television (PTV) Saturday warned the employees against making any statement against the PTV management or its employees in mainstream media, social media.

The PTV administration warned them of severe consequences for defiance to the embargo.

According to a circular issued by the administration and personnel department of PTV, the violators will face disciplinary and legal proceedings as it says, “It has been noted with great concern that some employees are in the habit of misconduct by indulging in giving or making false statements oral and in writing against the management or employees of PTV through print media, social media and in public in connection with the functions of the corporation and its activities with intention to influence the management to get undue favor.”

It further stated that “In future if any employee is found giving or making false statement oral or in writing against PTV management in print media or social media platforms shall face strict disciplinary action under PTV service rules. Furthermore, such an attempt shall form a permanent part of the service record and [would have] serious effect on his/her career path.”

The PTV management advised the employees to do not defy with the advice to avoid disciplinary action or legal course.—NUZHAT NAZAR