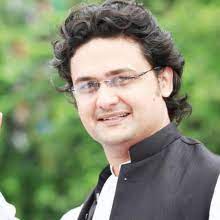 ISLAMABAD: Senator Pakistan Tehreek-e-Insaf Faisal Javed Khan on Thursday said that the government believes in freedom of expression and working for strengthen of media.

Talking to ptv news he said, a strong media can play pivotal role to boost country economy and its image before the world.

Talking about the Pakistan Cricket board Chairman Ramiz Raja, said he played very important and positive role on New Zealand pullout tour, as he has vast experience of the field.

He stressed for domestic cricket structure which would lead towards regional and competitive cricket. Grounds capacity were being enhanced, he added.