Pakistan shy of taking challenges of climate change head on 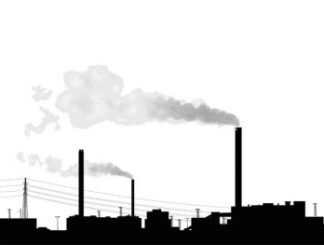 Karachi: Pakistan, being a witness to a series of floods, droughts, heatwaves and erratic rain patterns in recent years caused by climate change, continues to describe such calamities as a natural phenomenon.

The debate over the effects of human-induced climatic changes is, however, yet to take centre stage in the county.

Bringing the topic under its domain of research, the University of Karachi’s Area Study Centre (ASC) for Europe in collaboration with the Hanns Seidel Foundation, Islamabad

organised a talk on “Human-Induced Climatic Changes and Impact on Health: Future Strategies” on Wednesday.

Presided over by Bahria University’s head of the earth and environmental sciences department Dr Mubarik Ali, the session focused on the nature, and the crucial yet ignored effects of climatic changes originating through human activity.

According to the statistics pointed out by Dr Kanwal in her presentation, Pakistan bore 95 percent of the region’s burden of malaria, whereas between 200 million and 500 million died of the disease annually in the country – the second highest number of deaths reported in any country.

The diseases are transmitted through pathogenic organisms, acquired from animal reservoirs or a sick person. Communities living in settlements devoid of basic civic amenities, conflict-ridden areas and specific geographical locations are the hardest hit by VBDs. A general lack of knowledge also acts as a major contributor.

Sleeping under treated bed nets and fumigation are among a few measures that can be adopted to control such diseases. Vulnerable communities, unable to read or write, can be informed about the diseases through posters and infographics.

FPCCI Standing Committee on Environment chairman Gulzar Firoz, also a leather industrialist, referred to himself as a major contributor to environmental degradation in a bid to acknowledge the criminal negligence of industrialists in terms of compliance of environmental laws.

He called for government authorities to compel industrialists to ensure installation of wastewater treatment plants and sewage collection and treatment plants in factories and also keep a strict check on the implementation of laws and launch public awareness campaigns.

Referring to occupational health hazards for factory workers, he said laws such as the Factories Act, 1934; Mines Act, 1923; Sindh Factories Rule, 1975 were outdated to say the least and did not encompass all kinds of dangers a worker was exposed to.

Environmental journalist Afia Salam focused on the disconnect between the policymakers and the implementation of policies that had contributed to environmental hazards.

“It costs money to be environment friendly,” she said. “Pakistan needs to spend at least six percent of its GDP to address the issue.”

Referring to the floods of 2010, she said the excuse for the erratic rain pattern was acceptable back then, however, four years of failure to tackle the issue was not the nature’s fault and government authorities were to blame.

Informing the audience of the hazards of the Ichnocarpus tree planted in Karachi by the provincial government last year, she called for the authorities to carry out a bit of research and plant trees native to the environment.

She also called for environmental education to be made part of the curriculum up to the graduation level. “It’s not a subject that only an environmental engineer needs to study. In fact, every human being contributing to the environment should be made aware of the importance of a healthy environment.”

According to the World Wildlife Fund-Pakistan technical adviser on marine fisheries Dr Moazzam Khan, changes in the hydrologic cycle were affected by changes in the precipitation pattern, causing droughts.

Periods of water availability had also as a result changed whereas frequency and intensity of heatwaves had worsened. In California, US, he added, the El Nino effect had brought about severe rains but in Pakistan the result was the opposite.

Dismissing the possibility of Karachi being wiped off the face of the earth till 2045, he said the rise in sea water level, over the past century, could account for only a few millimetres.

However, referring to the rains of 1999, Dr Khan said Defence Phase 7 and 8 were at the risk of being eliminated in case of such severe rains.

Reducing the pace and magnitude of human activities causing global climate change was suggested as practices useful for mitigating disasters.

Adaptation to agriculture and food supply by breeding crop varieties more tolerant to heat, drought and water logging whereas protecting livestock from higher temperatures by providing shade and improving air flow in barns can help deal with the situation. Adjustments with respect to coastal areas, energy resources, human health, water resources as well as financial and institutional barriers were also urged to be taken.