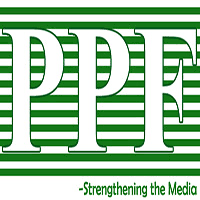 Owais Aslam Ali, Secretary General, Pakistan Press Foundation (PPF) and member of the Steering Committee of the Global Forum for Media Development (GFMD)  has been elected as one of the three chairpersons of Media Freedom Coalition Advisory Group (MFC-AN).  The other chairpersons are Silvia Chocarro of Article 19 and Rachael Kay of the International Freedom of Expression Exchange (IFEX).

The MFC is a partnership of 35 countries working together proactively to advocate for media freedom, online as well as offline, and the safety of journalists and media workers, and hold to account those who harm journalists and severely restrict them from doing their job. The Coalition was formed in July 2019 at the first annual Global Conference for Media Freedom in London at the initiative of the governments of the United Kingdom and Canada.

All members have signed the Global Pledge on Media Freedom. As signatories, each member has made the commitment to work together in taking action to improve the media freedom environment and the safety of journalists both at home and abroad.

The purpose of the Coalition is to be to promote media freedom and advocate for the safety of journalists in both member and non-member countries by:

As reflected in the Global Pledge, MFC countries are committed to speaking out and acting collaboratively, through a coalition that intends to:

The MFC is committed to addressing the specific types of threats, intimidation  and attacks faced by journalists, including women journalists and other targeted groups or individuals.

Membership to the MFC is open to all countries that sign up to the Global Pledge on Media Freedom, demonstrate active engagement and common desire, and support the objectives of the Coalition.

The MFC consists of the Executive Group, co-Chairs, the Contact Group and the wider Coalition.

The Executive Group (EG) is a core group of around 8 governments, together with the Co-Chairs of the Advisory Network.  The EG will have the principal responsibility for providing strategic direction to the Coalition, shaping the Coalition’s meetings and holding discussions on an ad hoc basis, including by identifying and presenting issues of concern to the broader membership.