PPF Secretary General Owais Aslam Ali in his letter commended the journalists for standing firm, not to delete their material, and demanded to know their alleged crime. He said police should desist from criminalizing work of journalists. He demanded safety and security of journalists in performance of their professional work.

They were arrested on 6 February 2016, interrogated, detained for about four hours at Abim central police stations and asked to delete their recorded footage or record statements in relation to their alleged “crimes.” Ms Catherine, Kelsin and Sam declined insisting they were innocently arrested as they were outside of hospital premises.

Sam told Human Rights Network for Journalists (HRNJ-Uganda) police officer David Eliamu while arresting them said: “You committed crime of criminal trespass and telling a lie to police, let’s go to the station and make statements. This hospital is a no-go area, why do you want to film bad news all the time with bad motives.” 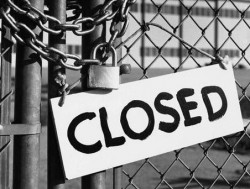