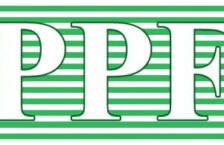 Pakistan Press Foundation (PPF) in a letter to President of Turkey,Recep Erdogan, expressed concern over attack by unidentified 3-4 masked persons with guns and molotov cocktails on offices of Turkish daily newspapers Yeni Safak and Yeni Akit.

PPF Secretary General Owais Aslam Ali in his letter urged Turkish government to ensure that anyone attacking a journalist must be held accountable and apprehend those responsible for the attack at two Turkish daily newspapers offices.

According to Journalists Association of Turkey (TGS), assailants threw a molotov cocktail at entrance door and opened fire on windows with long barreled weapons at YeniSafak office in Bayrampasa. At YeniAkit building in Kucukcekmece, molotov cocktails were thrown at parking area, on parked pick-up truck and fired on building with long barreled weapons which was extinguished by security staff.