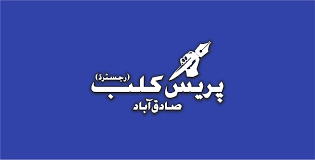 Pakistan Press Foundation (PPF) strongly condemns the attack on Sadiqabad Press Club in the Punjab province. The attack on the club premises during which threats were issued to the president of  the press club are unacceptable. The relevant authorities must ensure that the perpetrators of this attack are held accountable and security is provided to ensure protection of the press club members.

On December 15, a group of individuals attacked the press club in response to news coverage of incidents of abduction from a sports club in Sadiqabad.

A First Information Report (FIR), a criminal complaint, of the incident has been registered in City Sadiqabad Police Station.

Investigation Officer Rao Saeed Ahmed Khan told PPF that the attackers were known and confirmed that they had attacked the press club in response to the news story. He said that the  attackers fled from the district, adding that the department was in search of them and would arrest the culprits as soon as they are able to gather some clues.

In the press conference, the SHO discussed the details of the abduction of seven to nine-year-old children from the “sports club”. The abducted children were then shifted to other cities for the begging mafia.

After the press coverage, the administrative group of the club visited the press club and expressed anger for naming them in news coverage. Ahmed said that the reporters had only covered the press conference of the SHO without any changes.

Speaking to PPF, a member of the press club, Khaleeq Ahmed, said that reporters from Sadiqabad reported on abductions from a local sports club which he said was the “hub of illegal activities”.

Ahmed, who also received minor injuries during the attack, said that the owners of the sports club along with others entered the premises of the Sadiqabad Press Club and abused all the members present at the time.

He said that they were continuously asked for Shakeel Ahmed.

Punjab Union of Journalists General Secretary Khawar Baig told PPF that the matter is an attack on the free press.