All Pakistan press clubs convention for press freedom on May 1

LAHORE: Lahore Press Club President Arshad Ansari has announced convening a grand convention of all press clubs of the country in Lahore on May 1 in support of the freedom of expression.

Addressing the participants of a token hunger strike camp, organised in front of the LPC on Sunday to condemn murder attempt on Hamid Mir and feared action against Geo News channel, Ansari said a rally would also be organised on May 2 in favour of freedom of expression. He said all participants in the convention would take out a procession on May 3 from the Lahore Press Club to the Punjab Assembly. 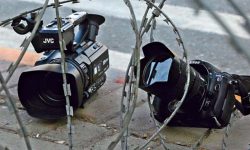 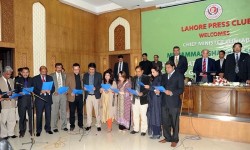