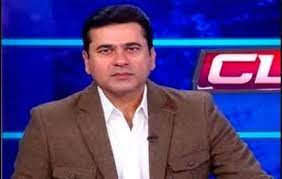 Pakistan Press Foundation (PPF) urges authorities to ensure the freedom of the press in Pakistan instead of repressing it as highlighted by the recent arrest of Express News anchorperson Imran Riaz Khan. We condemn Khan’s arrest, a move that appears to be a continuation of intimidating and silencing journalists despite a change in government.

Arrests and the registration of cases against journalists have previously and continue to act as a tool of repressing free expression in the country. To make any journalist the target of criminal proceedings and to arrest them is a form of harassment used to silence the journalist and send a message to others in the media fraternity.

In a video shared on social media, what appeared to be just prior to his arrest, Khan is seen in his car saying that his car had been snatched, twenty First Information Reports (FIR) had been registered against him, and now he was being arrested. He then appears to walk out of the car and hand himself over to the police outside.

On July 6, following his arrest, Khan had submitted a petition in the Islamabad High Court against his arrest. The IHC disposed of the petition stating that it wasn’t in their jurisdiction and asked him to approach the Lahore High Court, Dawn reported.

The news of Khan’s arrest was met with condemnation.

The Pakistan Federal Union of Journalists (PFUJ) demanded “respect for freedom of press and expression”. They said that Khan had been arrested “without fulfilling the legal requirements”.