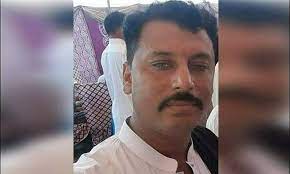 The direction came on the bail applications of the PPP MNA and the two co-accused involved in the Nazim Jokhio murder case. MNA Karim, who had left for Dubai after Jokhio was murdered and who had been declared an absconder by the police, had filed an application in the SHC for obtaining pre-arrest bail in the case.

The investigating officer of the case informed the court that the charge sheet in the case had been filed before the administrative judge of the ATCs.

A single SHC bench headed by Justice Omar Sial said the pre-arrest bail applications were entertained by the high court directly because no charge sheet had been submitted by the police in any court at that time, so the applicants were given legal shelter until the charge sheet was submitted in the trial court. The bench said that it would be appropriate that such applications be converted into applications seeking protective bail, and all the applicants in the first instance surrender before the trial court.

The court said that if these pre-arrest bail applications are entertained by the SHC, it will effectively eliminate one forum for either the applicants or the complainant to approach a higher forum if they are aggrieved by the order of the trial court.

The bench said that it is not a preferred route to interfere with the first instance jurisdiction of the trial courts, which should be given full opportunity to deal with issues independently and autonomously.

The court converted the pre-arrest bail of the applicants into protective bail for a period of three days, with the direction to them to surrender before the trial court.

Police had excluded the names of 13 accused, including MNA Karim and his brother Member Provincial Assembly (MPA) Jam Owais, from the charge sheet submitted in the ATC hearing the Jokhio murder case.

Filing the charge sheet before the administrative judge of the ATCs, the IO of the case did not include the names of MNA Karim, MPA Owais and 11 others accused in the list of the accused who were sent up for trial.

The IO included Section 7 of the Anti-Terrorism Act (ATA) in the case, but named only Haider Ali and Mir Ali as the accused, who were sent for trial, while one accused Niaz Ali was shown as an absconder.

The police investigation said that the motive behind Jokhio’s killing was his action of uploading the video of his scuffle with some foreigners who were hunting the houbara bustard in his village. The police officer said Jokhio was tortured at the Jam House by the MNA, and later by his brother MPA Owais and his guards Mir Ali and Haider Ali, for uploading the video of the foreign hunters. Police chargesheeted MPA Owais, Mir Ali Jokhio, Haider Ali Khaskheli, Jamal Ahmed and Mohammad Miraj for murder, concealment of evidence and criminal intimidation for causing death.

Nazim Jokhio’s tortured body was found at the Jam House, which is said to be owned by MPA Owais, in Jam Goth on November 3, 2021.

Jokhio’s brother lodged a case against MPA Owais, his younger brother MNA Karim and others for being involved in the murder of his 27-year-old brother.