KARACHI: Pakistan has allocated only 2.3 per cent of its total budget for education sector in the newly announced budget which is even 0.3 per cent lesser than its allocation in 1999.Nine per cent of government spending is on education, placing Pakistan at 113th position amongst 120 countries on the Education Development Index. This was stated by Ismail Bawany, Trustee of Aisha Bawany Academy here on Friday. He said that according to global monitoring survey, Pakistan spends seven times more on its military than on primary education and had the second highest number of out of school children in the world.

Bawany said that education could help to tackle economic crisis adding that it could reduce the long-term impact of the crisis on growth and help to achieve a more robust long term growth. Comparing the education budgets with other developing states, He said that countries like India spends 4.1 per cent of GDP, Bangladesh and Srilanka spend even more on education.

According to a recent report, he said, Pakistan lags behind Nepal when it comes to female education adding that Bangladesh attained independence after Pakistan but was doing great in the education sector and because of its increasing literacy rate the overall situation of the country has become better. If reforms are not made to correct the education system Pakistan can face a very serious situation in future, he warned. 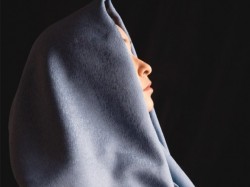