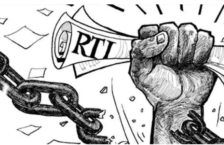 ISLAMABAD: The Pakistan Information Commission has ordered the Establishment Division to make the top five bureaucrats in each service group’s asset declarations public.

In response to an appeal submitted by a citizen Adeel Akram, the PIC issued an order and directed the Establishment Division to provide copies of the assets’ declarations of the previous three years that were submitted by the five most senior BPS 20, BPS 21, and BPS 22 government officers of four services’ groups.

According to the PIC order, the hearing date for the appeal was set for October 4th, 2022. Mr. Sana ul Islam, the deputy secretary, and Ms. Sania Saeed, a section officer in the establishment division, who attended the hearing, argued that requested information is exempted from disclosure under the Right of Access to Information Act, 2017.

The order further adds that the Establishment Division is unable to give information regarding the other service groups since they only deal with and maintain records for the Office Management Group, Pakistan Administrative Group, Police Services Group, and Secretariat Group service groups.

According to the three-page ruling penned by Chief Material Commissioner Mohammad Azam, the Commission observed that the release of the sought information will contribute to improved government accountability, which will ultimately promote transparency in the system.

In its order, the PIC ruled that the Establishment Division must deliver a copy of each officer’s asset declaration from the Pakistan Administrative Group, Office Management Group, Police Services Group, and Secretariat Group to the appellant within 7 working days.

PIC maintained that this Commission is of the view that the requested information cannot be exempted from disclosure under any provisions of the Act.

The requested information cannot be denied even on the ground of personal privacy as mentioned in Section 7 (g) of the Act.

PIC has observed that public officials have limited understanding about right to privacy when juxtaposed with the right of access to information held by public bodies.