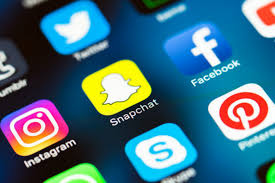 After expressing reservations over unseemly exchanges of views between political groups during the Senate elections, the government has released new directives prohibiting officials from key agencies from using social media.

All departments, secretarial branches, and chief secretaries of all provinces have been issued an official notice in this respect.

The government has directed staff to identify SM accounts where sensitive information is exchanged, according to the notice. If these parties are detected, the government will consult with relevant IT departments to immediately ban them.

The “Citizens Protection (Against Online Harm) Rules, 2020” require social media sites such as Facebook, Twitter, and Google to ban or delete content that the government deems to be offensive.

The rules, according to officials, will help them track and mitigate online activity related to “terrorism, extremism, hate speech, fake news, incitement to violence, and national security.”

According to Pakistan’s Digital Rights Foundation (DRF), the new rules breach the constitution’s freedom of speech provisions and go beyond the “boundaries of acceptable limitations” laid out in Article 19.

Government workers are also advised to use a dual authentication system to maintain and secure their data from being compromised.