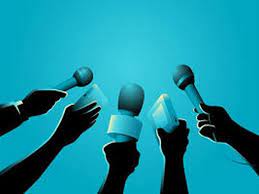 KARACHI: The Federal Executive Council (FEC) of Pakistan Federal Union of Journalists (PFUJ) on Sunday called upon the government to repeal all black laws gagging media freedom in the country, ensure complete independence of the Pakistan Electronic Media Regulatory Authority (Pemra) and start a meaningful dialogue with media stakeholders.

These demands were made by the FEC in three resolutions adopted at the concluding session of its three-day meeting.

The resolutions related to the government-media relationship, violence against journalists and deteriorating working conditions in the media due to non-implementation of labour laws and the 8th Wage Award.

The meeting expressed serious concern over denial of freedom of press and expression in the country. It discussed problems being faced by the journalists and media workers across the country due to non-implementation of the eighth wage award. It demanded the government immediately reverse the pay-cuts adopted by several media organisations during the financial crisis in 2019 and Covid-19 in 2020.

The meeting noted that all successive governments had prepared and implemented some two dozen black laws to gag media and suppress the journalist community.

The PFUJ noted that the government-media relations worsened during the regime of former Prime Minister Imran Khan.

It urged the present coalition government to ensure the fulfilment of the promises and commitments they made about freedom of electronic and print media at the time of taking charge of the government.