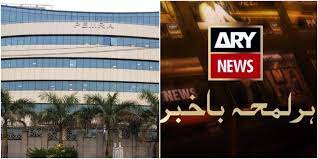 ISLAMABAD—Pakistan Electronic Media Regulatory Authority (PEMRA) has issued a show-cause notice to ARY News for broadcasting what the regulator said was a baseless and fabricated report about the finance minister.

According to the Twitter handle of PEMRA, the regulator directed ARY News to submit a reply in writing within seven days. “In case of non-compliance, an ex-parte legal action would be taken against the channel in accordance with the PEMRA law,” it warned.

ARY News had reported that Finance Minister Miftah Ismail had allegedly spent Rs4.8 million from the national exchequer to renovate his newly allocated government residence, Bungalow No. 22, at the Minister’s Enclave in Islamabad.

However, the minister, in a tweet, stated: “1) I live in a home in F7. 2) I have been assigned a home in ministers’ enclave but have never visited that home & have no intention of moving there. 3) Not one penny has been spent on that house. 4) I have not taken a car from the govt nor do I take any petrol or salary.”‘