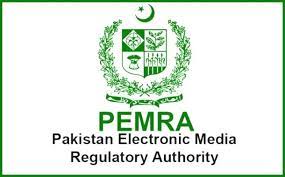 ISLAMABAD, Dec 12 (APP): The Pakistan Electronic Media Regulatory Authority (PEMRA) on Monday made it mandatory for private housing societies to obtain No Objection Certificates (NOC) before running any advertisement on TV Channels.

The decision to this effect was taken during the 175th meeting of the authority chaired by its Chairman Muhammad Saleem Baig, said a news release.

The meeting, which reviewed implementation of the decisions taken in its 174th session, approved amendment in the TV Broadcast Regulations about airing of advertisements of the private housing societies and other related projects on the Television Channels.

Under the amended regulations, it is mandatory (for the developers) to fulfil all rules and regulations and get an NOC from the relevant development authority before seeking a permission from PEMRA for running ads of housing projects.

It said disciplinary actions would be taken against the housing projects who would run the advertisement campaigns without obtaining NOC from the authority.

Moreover, the meeting approved the request for change in the management and the inclusion of new directors and shareholders in FM radio of M/s Public Media Entertainment Solution (PVT) Ltd.

The authority also accorded approval for the issuance of non-commercial FM radio licenses to the Primary and Secondary Health Departments in Lahore.

The authority after approving the request of changing the language of satellite TV channels 11 HD of M/s Galaxy Broadcasting Network (PVT) Ltd had allowed its broadcasting in Sindhi language.