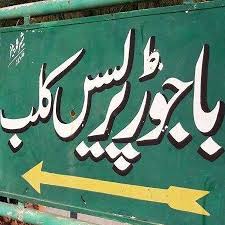 KHAR: As a gesture of goodwill towards the media, an army officer representing the security forces in Bajaur district handed over the possession of the building of the Bajour Press Club to its acting president Irfanullah.

The club had been closed down in August 2008 during military operations in Bajaur keeping in view the security threats to journalists.

The club has now been handed back to journalists after restoration of peace in the region.

Reporting of events had become virtually impossible without the protection and support of our security forces, said Irfanullah.

A public library adjacent to the press club was also ordered to be opened from Saturday as a group of young thinkers appealed for its re opening.

Speaking informally to people Major Raheel assured the youth for refurnishing the library facilities including provision of books.

“We are in merged districts for security, uplift, development and to bring the seven districts to the level of settled districts and would do everything possible to support local media and students.” He said.

On May 4, 2012 Khar bazaar where the press club is located was jolted by a huge blast and today anniversary of the Khar blast also observed.

In the past Bajaur district was under the control of militants which has now been completely cleared by Pakistan Army.