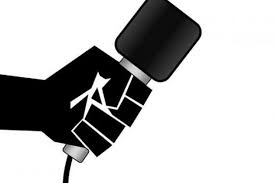 In his welcome remarks, Chairman PAL Dr. Yusuf Khushk said that all the programs of Diamond Jubilee celebrations were being recorded and on completion will be uploaded on Google Cloud.

He said that PAL had signed Memorandum of Understandings (MOUs) with several countries for the exchange of writers including China. He said that the Hall of Fame has been completed in PAL and soon will be inaugurated.

In addition, work was underway on Literary Museums of 72 languages spoken across the country.

The seminar was presided over by Mahmood Sham, Nazir Leghari and Zahida Hina while Wusat Ullah Khan, Mazhar Abbas and Mansoor Afaq were chief guests on the occasion, said a press release issued here.

Farida Hafeez, Mazhar Barlas and Dr. Sughra Sadaf were the guests of honor.

The speakers highlighted various aspects of literary journalism in last 75 years of the country, adding that journalism and literature have deep linkages.

The speakers said that news stories should be written in simple and easy language. They also spoke about the column writing.

Senior journalist Wusat Ullah Khan also spoke about journalism and literary journalism. He said that general reporting was based on the spot events but creative journalism was written in flow. He said that simple words must be used to make it easy for common readers.

Senior journalist Mazhar Barlas said that fake news issue is one of the big problems added that standard of journalism was declining as well as the reading culture.