conquered three 6000-metre peaks, within the space of seven days, and became the first ever humans to set foot on virgin Kuz Sar

European explorers and mountaineers of the 19th century, in what is now Gilgit-Baltistan, held a disdainful view of the men they hired as porters and mountain guides. They felt the local men were in a thrall of the high mountains and glaciers. Few realised and none accepted the fact that the first Europeans to penetrate the remotest glaciers and tangles of high peaks were told names of every feature on the way. All these names were in the local language, be it Balti, Burushaski, Khowar or Wakhi.

Yet not a single Victorian explorer —or even later ones — ever acknowledged the fact that these names could only have been there if local adventurers had travelled to those places. Adventuring heroes of remote communities therefore remained anonymous and unsung.

During 2012, from the picturesque village of Shimshal, there have emerged eight brave and wonderful young women aged between eighteen and twenty-five.

Shimshal lies in northeast Gojal (erroneously termed Upper Hunza because of our lack of geographical knowledge), to the east of the Karakoram Highway.

This is a country of high peaks and narrow gorges whose slopes are scarred with shingle fans that constantly heave downward even with the pressure of a breeze. Here are villages perched at 3300 metres and summer pastures yet another 1500 metres higher. Here people lead their herds of yaks and sheep over trails that are meant for ibex. Failing that, one needs the stoutest of hearts, lungs and legs for these are trails that are strung across sheer granite slopes above a foaming river where one wrong step means the end of life.

Honed to a life of arctic winters, short summer during which they undertake strenuous treks with livestock to the summer pastures and a life at high altitude, the people of Shimshal are natural mountaineers. Not strange then that names such as Meherban, Rajab and Qudrat, to name only three, shine in the annals of Pakistani mountaineering. Inspired by these pioneers and under their tutelage, there rose a whole crop of young men with outstanding mountaineering skills who excelled both as climbers and as mountain guides.

With the turn of the century, a remarkable change came over the mountaineering scene in Shimshal: the entry of local women into this sport of sports; the grandest game ever crafted by humans.

In 2008, the veterans of Shimshali mountaineering helped establish Shimshal Mountaineering School in the village which quickly came into its own with financial assistance from the Italian climber Simone Moro. Within two years, the trainees at the school included a number of young women.

However, the pace for Shimshali women’s mountaineering was set in 2010 when Mehra Jabeen, then not yet a pupil at the school, summitted 6050 metre-high Minglik Sar with her mountaineering brother Eid Mohammad. By her own account, Jabeen went because her brother was going and she simply wanted to show what men could do women could do too, perhaps better. It was only after this successful alpine style assault that this plucky young woman enrolled in the school to hone the skill she had picked up on the job.

Early in 2012, plans were afoot for an all-woman climbing team from Shimshal to attempt a triple-summit feat. The peaks chosen were, in the order of the planned climb, Valyo Sar (6035 metres), Minglik Sar, both hard by Shimshal Pass and Kuz Sar (5900 metres) above the camp ground of Shuijerab. The last was an unclimbed peak. Now, as the Karakoram Mountains go, these are minor peaks. In order, therefore, to make a record of sorts, the assault was planned for the last week of September well after the climbing season is over and when fresh snow covers the slopes at these heights.

The team of eight doughty women, namely, Nadeema Sehar, Shakila Numa, Hameeda Bibi, Hafeeza Bano, Mehra Jabeen, Takht Bika, Farzana Faisal and Gohar Nigar was joined by Sherbano Saeed of Karachi who also financed this costly undertaking. And so in quick succession within the space of seven days, this group of adventurers successfully conquered the three peaks, becoming the first ever humans to set foot on virgin Kuz Sar. Their professional competence, fitness and tenacity are underlined by the fact that all eight members plus the financier summated all three peaks.

But mountaineering is no cakewalk and the girls had their share of fraught moments. On the summit of Valyo Sar, as they made their round of photography, some of the girls unknowingly ventured onto a dangerous ice cornice. As parts of the slab began to give under their weight, their supervisor Abdul Joshi watching from a distance yelled for them to retreat. They did it just in time.

Because of lateness of the season, there was about 20 cm of fresh powder snow covering the slopes. Though this precluded the hard work of cutting steps in ice, it nevertheless made the going quite dangerous: in many places, the climbers found that crampons were of no use because below the powder there was either hard ice or bare rock. This was useless for crampons but inaccessible to provide either handhold or to cut steps into. In a number of instances, on sheer slopes and roped up, the nine climbers were in extreme danger where one slip and they would all have been swept into oblivion. But teamwork and competence brought them through.

While Minglik is a much climbed peak, Valyo has been climbed only once and that by Joshi. Kuz Sar, as noted already, was until this attempt a virgin. On both Valyo and Minglik, the girls chose and broke their own route. As the true teacher and guide, Abdul Joshi watched from the sidelines, letting the climbers make the best use of their acquired skills. On Kuz Sar, Farzana Faisal, the first Pakistani woman to have summitted a 6000-metre peak some years ago, led up the unclimbed snowfield.

The girls had all begun with the hope of becoming trained mountain guides in order to augment their herders’ incomes by assisting mountaineering teams. But now with the three peaks under their belts, they have other summits in their sights. If they can raise the money, this group of admirable young women plans to attempt Muztagh Ata (7546 metres), just north of the Khunjerab Pass in the Chinese province of Xinjiang. First summitted in 1956 by a joint Chinese-Russian team, this is one hell of a beautiful peak that these girls from Shimshal deserve to climb.

But mountaineering is an expensive sport. Sadly, because we are a nation of exhibitionists, only cricket is considered a sport and only singers are deemed heroes. Climbers do their thing without the glare of flood lamps and they do not figure anywhere on the list of heroes even though they win greater laurels for the country without the stigma of selling themselves, something our cricketers are famous for.

Our team of doughty young women from Shimshal hopes to raise the requisite Rs 2.5 million for Muztagh Ata in the summer of 2013.

“But,” says Nadeema Sehar, “if they do not, they will work and work and work as mountain guides until they have saved enough to make their dream come true.”

Rupees 2.5 million is peanuts for corporate giants who squander ten times as much on cheating cricketers or pop artists. But it is the sum that will help these wonderful young women bring Pakistan glory.

Is anyone listening? Will they make this happen? 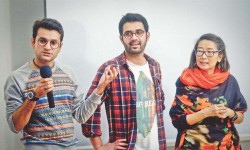 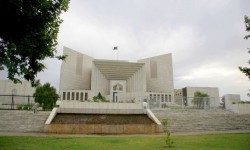