An open letter to Geo TV 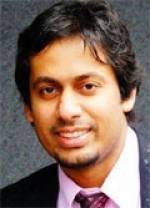 Dear Geo TV, I did not think I would be writing this letter to you just days after picking up the heavy coffins of over 100 innocent children in Peshawar. But here I am writing this letter in pain and disappointment. I am pained by your callous disregard for the peace and life of fellow minority communities in Pakistan. And I am disappointed at your persistent refusal to own and apologise for your irresponsible — and that is putting it lightly — broadcasting.

You have done it again. Yet another murder (a third) after your forum was used by hate preachers to incite violence against Pakistan’s Ahmedi community. Let me put things in historical perspective for you.

You know well that the Ahmedis played a very prominent role in the creation of Pakistan alongside Jinnah, and its subsequent growth thereafter. I do not wish to detail these services here. You have probably heard of Mr Abdul Rahim Dard, the Ahmedi Imam who convinced Jinnah to return to India after he had moved to London. Sir Zafarullah Khan, Pakistan’s first foreign minister and author of the famous Pakistan Resolution was also an Ahmedi. Dr Abdus Salam, Mirza Muzaffar Ahmad, General Akhtar Malik, General Abdul Ali Malik and General Iftikhar Janjua are only a few of numerous Ahmedis who have given all they had for the betterment of Pakistan. Even after being severely ostracised today, Ahmedis continue to pray for Pakistan on all forums.

On the other hand, it is also well known that most hardline clerics, e.g. those belonging to the Ahrar party and the Jamaat-e-Islami vehemently opposed Jinnah and his struggle. When they failed to stop Jinnah’s dream from materialising, they turned to hurt the newly found state by continuing to fight Jinnah’s vision of a pluralistic, tolerant and inclusive state. They sowed the seeds of sectarian hatred and the religious divide. After much resilience, they were finally successful in hijacking the Quaid’s vision. Today’s Pakistan is, unfortunately, rife with discrimination, sectarian hatred, intolerance and violence. The Constitution itself encourages such discrimination by ascribing its Ahmedi citizens a lower class, unfit to even enjoy the basic right of freedom to self-identify.

Almost 70 years after the realisation of Pakistan, we are now starting to realise the bad choices we made along the way. Some of us have started admitting, for once, that sectarian hatred is at the core of our extremism problem. The prime minister’s recently formulated action plan to combat terrorism in the country addresses this concern. The plan encompasses taking measures to stop religious extremism and protect minorities, and promises prosecution of elements spreading sectarian violence in society.

Unfortunately, you, Geo TV, are part of the problem in this important dynamic. Recently, on Mr Amir Liaquat’s morning show, Subh-e-Pakistan, a panel of clerics accused Pakistan’s peaceful and patriotic Ahmedi community of backing terrorism in the country. Deflecting blame from the real terrorists, the Taliban apologists pinned the blame of the Peshawar attack squarely on the Ahmedis, the same Ahmedis who have endured multiple attacks from the Taliban themselves. Ahmedis were labelled “Jewish agents”, blasphemers of Islam and traitors of Pakistan by cleric Syed Arif Shah Owaisi. Demonising the already ostracised Ahmedis, the panel urged Muslims to unite against and fight this “enemy” of Pakistan and Islam.

Mr Amir Liaquat nodded in agreement and led the audience in a most cheerful applause to these remarks instead of realising that this hatemongering is exactly why Pakistan is in the mess it is in today. You remember well that the last time your host Mr Amir Liaquat promoted anti-Ahmedi hate speech on your forum in September of 2008, two prominent Ahmedi leaders were gunned down within 48 hours. You, Geo TV, never apologised back then. Nor did your anchor Mr Liaquat despite your clear roles in the incitement of this anti-Ahmedi violence.

Six years later, you have done it again in 2014. Yet another murder has taken place after your public instigation. Probably out of concern for the peace of Pakistan, someone took the advice on your forum seriously and decided to fight the state’s ‘enemy’ on their own. A 27-year-old Ahmedi man lost his life when he was gunned down in Gujranwala.

We are not waiting for more dead bodies to pile up — God forbid — in the wake of this inflammatory and provocative broadcasting. This time, we will not be silent witness to continued attacks on a patriotic and already ostracised Pakistani community through your forum. It is time that you should be held accountable for this instigation of hate and murder.

Responsible Pakistani citizens are protesting against your role in abetting sectarian violence. An online petition calling on the Pakistan Electronic Media Regulation Authority (PEMRA) to hold you accountable has already gathered over 5,000 signatures in just under 24 hours. The hashtags #AmirLiaquatSpreadsViolence and #ArrestAmirLiaquat have trended all over Pakistan on social media. We, the civil society of Pakistan, demand that you publicly apologise for your role in this madness and take steps to ensure that hatemongers are not allowed to further their bigotry through your forum ever again. We also demand that you fire Amir Liaquat Hussain immediately.

Unless this is done, we will continue to call on regulatory bodies such as PEMRA, the Federal Communications Commission (FCC), OfCom, etc. to take note of your continued provocation to attacks on religious minorities since 2008. We will also call on the state to hold you and Mr Hussain accountable under PPC 153(a) and Section eight of ATA 97 for fanning the flames of sectarian hatred at such a volatile time when the state is trying to make its choice between interfaith harmony and religious bigotry finally clear.

The author is currently completing his Cardiology fellowship with Tufts University in Boston, US. He writes for various American newspapers and Pakistani publications and blogs at the Huffington Post. He tweets @KashifMD