One year to the YouTube ban | Pakistan Press Foundation (PPF) 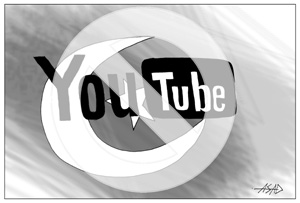 THIS refers to your editorial ‘Still not accessible: YouTube ban’(July 18).

It was Sept 17 last year when the people of Pakistan accessed the world’s most popular video streaming site YouTube without any hindrance. Since then, it is a total blackout. Though proxies have made the site still accessible, it is officially banned in Pakistan.

Needless to say that the PTA has so far gained nothing from this long-lingering ban which is about to complete one year. On the other hand, the ban has left a disastrous impact on almost all segments of society as the blessings of YouTube are not meant for any particular section of society.

There is hardly any section of society which does not access the site. Students, teachers, research scholars, doctors, movie lovers and sport buffs all ubiquitously reap the fruits of YouTube.

YouTube is not a mere video sharing site. Rather it is the most accessible source of knowledge and learning. Thus a ban on YouTube amounts to a ban on learning.

The right – wing forces urged the previous government to clamp a ban on the site after a blasphemous video surfaced on the site last year.

The government instead of developing an effective mechanism to block the objectionable contents, placed a blanket ban on the site.