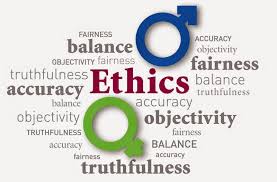 Pakistani electronic media ethics and general human empathy touched a new low last week when a “senior” journalist of a private news channel interviewed the child of one of the Sahiwal incident’s victims on national television. The episode was not a case of some fake news, yellow journalism or defamation, which have become an everyday affair in the electronic media and are considered the forte of many journalists. In fact, it was a case of blatant disregard for the emotions and sensitivity of a child whose father had just been killed by law enforcement agencies. The interview was conducted in such an apathetic manner that even the most insensitive hearts will flinch. The journalist asked the child questions like, “Where is your father at this time”; “Have you met him today”; “Who killed your father”; “How did he die”, etc. The behaviour of the journalist was widely criticised on social media, and there is a demand for him to apologise for his conduct publicly.

There are two ways to deal with incidents like this: one is to take corrective action, and the other is to take preventive steps. Corrective action is taken after the incident has happened and is meant to remedy the situation by punishing the offender, restoring the victim to the position before the incident and creating the necessary deterrence for the future. In this case, the corrective action will involve penalisation by PEMRA. The aforementioned interview is in clear violation of Electronic Media Code of Conduct 2015. Section 4 of the said Code mandates licensee, the news channel in this case, to ensure that, in talk shows, licensee and its employees “do not intrude into private life, grief or distress of individuals”. The interview in question did precisely the same. The interview questions tapped into the grief of a child just to increase the ratings of the programme. PEMRA must issue a notice to the concerned journalist and the news channel and take appropriate punitive action.

However, corrective action does not always restore the victim to the position before the incident. If a person is a victim of theft, then the return of the stolen amount will compensate for the loss. The formula, however, does not work in many cases. Let’s take the example of the child who was a victim of this ruthless interview. The action by PEMRA, if any, will not be able to compensate for the trauma she endured. This is the reason preventive action is more important and should be given necessary weightage in any policy. Preventive action can stop such events from happening in the first place. In order to tackle the issue effectively, there should be broad-ranging preventive reforms.

There was a proliferation of private news channels in Pakistan once the monopoly of the state over news channels was abolished during the Musharraf era. Business investors assessed the market to be ripe for profit and invested heavily in news channels. The problem was that there were not enough well-trained people to fill the void created by the liberalisation. However, since the channels had been created, therefore, investors had to hire people from the available lot. As expected, most of these people were not fit for the task.

News channels are in a money-making business and have every right to do so. However, since these channels inform the public opinion, and can influence vast segments of society, they cannot shy away from the responsibilities that come with this immense power. These media houses have a responsibility towards the general public and must take sincere steps to fulfil that responsibility. While these media houses don’t have many options except to hire from the available pool, they must toughen their process of scrutiny while hiring people. Short courses should be arranged for the anchors they are hiring. Anchors should be told about not to defame people, air indecent/insensitive material and ask insensitive questions. While this measure will not solve the problem on its own, it will certainly be a step in the right direction.

Moreover, there is dearth of good media schools or programs in Pakistan. Therefore, even if a person wants to pursue journalism seriously, there are not enough avenues for him to get the proper training. The only option is to go to some foreign university and get the requisite training there. However, only a handful of people can afford this luxury. State and private investors should invest in establishing media schools in Pakistan. This will massively increase the quality of journalists and technical staff working in the news media industry.

Private electronic news media is still a relatively recent phenomenon in Pakistan. However, since most of the talk shows are being aired live, there is almost no editorial check on the content being broadcasted. Only proper training of the concerned anchors is a long-term solution to the challenges that the current media is facing. In the meantime, PEMRA and the judiciary should take strict corrective measures against the irresponsible and insensitive news reporting and talk shows. Unbridled freedom in the hands of ill-trained anchors will do more harm than good to the cherished right of freedom of speech.