According to the legal notice served by Mian Mansha – famous industrialist and chairman of the Nishat Group – in London on 14th of last month, the TV network repeatedly aired false and baseless allegations regarding the purchase of St James Hotel and Club Limited in the UK and the operation of DG Khan Cement, Kalar Kahar, on several occasions.

Rejecting the allegations completely, it says the claim that Mian Mansha is involved in money laundering or any illegal activity related to the procurement of St James Hotel is unfounded. This hotel, as stated earlier, is 100 per cent owned by M/s C Capital that is registered in the UK.

Furthermore, this company is a subsidiary of Singapore-based M/s Residentia Holdings Limited which arranged the finances for C Capital through loan and equity.

The notice further says these companies have nothing to do with the Nishat Group. Three members of Nishat Group family own the entire shares of M/s Residentia Holdings Limited, which are also mentioned in their wealth statement.

The hotel was bought according to international rules and under established auditors, while all the related record has also been given to the regulator concerned.

The legal notice also rejected the assertion that the DG Khan Cement located in the Kalar Kahar area operates in an environment hazardous to the local population and their health and that the pollution level is very high in the factory’s vicinity. It also denied another claim that the Nishat Group chairman through illegal means has obtained approval from the local administration for allowing the factory to work in an environment about which the ARY Network Pvt Ltd has levelled allegations.

According to the legal notice, a world famous supplier has supplied the cement and machinery to the DG Cement, and that all the equipment are as per the World Bank’s environment standards, while the gases emission is according to the standards concerning liquid and particles.

The commercial production started in March 2007 and the National Environment Quality Control Standards regularly inspect the factory, while finding the plant as per the set standards on each occasion.

The factory also fulfils its responsibilities about the local inhabitants and employees. More than 50 per cent of the factory’s team is local who discharge their environmental duties seriously.

Their job includes free supply of drinking water (275,000 litre), medical services to the patients living within the factory area and free transportation of ill and elderly patients from the factory to the medical centre.

The notice also says the TV network aired the scenes of smoke emission form chimney, claiming that it was of DG Cement which wasn’t the case as it was of another factory. The allegations that the factory produces smoke and stink are totally wrong.

Against the impression given by the ARY Network programme, poultry and domestic waste is not shifted without cleansing in the factory and using open vehicles. The waste is mostly transported in covered vehicles from the Waste Processing Plant, Lahore Green, through motorway.

The use of alternate energy in the factory is 20 per cent. Contradictory to burning the waste for benefit, the factory in this connection is facing losses for the last six months.

The legal notice also says that the allegations hurled by ARY Network are resulting in defamation with serious consequences, with a fear that they may cause further damage in the future.

By showing the NICs of the Nishat Group chairman’s family members, the matter has been made more serious as the documents contained their pictures and important personnel information, causing serious threat to their lives.

The situation was further aggravated and the ARY Network aired it in 2015 and is running a campaign against the Nishat Group chairman. It also gave impetus to the drive with the fake and baseless allegations being aired repeatedly. 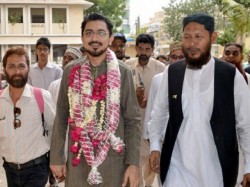 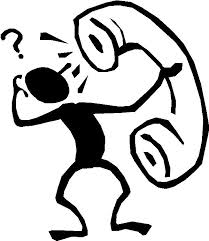