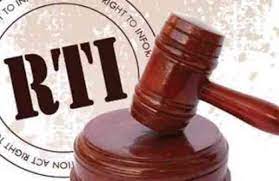 The Information Commission directed district accounts officer Hafizabad to deduct the fine amount from the salary of the chief officer and submit a report to the Commission in seven days.

Chief Commissioner Mahboob Qadir Shah said the applicant, Zafar, a resident of Pindi Bhattian, had applied for provision of certified copies of approval of housing colonies in his town, which had not been provided despite lapse of six months. The chief information commissioner said in his decision that Athar Majeed committed violation of the RTI by not implementing the orders despite issuance of two notices to him.