ISLAMABAD: Succumbing to pressure from some lawmakers, the Pakistan Telecommunications Authority (PTA) has extended indefinitely the Oct 20 deadline for registration of mobile phones.

After the Senate Standing Committee on information technology directed the PTA not to block mobile phones until the committee approved its Device Identification, Registration and Blocking System (DIRBS) mechanism, the authority said in a statement on Thursday that the Oct 20 deadline had been extended indefinitely.

The committee members were of the view that the system had spread panic amongst mobile phone users.

The chairperson of the Senate committee, Robina Khalid of Pakistan Peoples Party (PPP), said the committee realised that the initiative for mobile phone registration was needed to stop the spread and use of smuggled and substandard devices. But, she added, the committee would decide the time-frame for activation of the mobile phone blocking system.

Ms Khalid said the system should not become active before the committee was satisfied with it.

The Senate committee’s meeting was specially held for a briefing on the PTA’s indigenously developed DIRBS, which after becoming functional would make all unregistered mobile phones unusable.

The DIRBS is aimed at combating the use of smuggled or counterfeit mobile phones which either serve to reduce tax revenues or pose health problems to unsuspecting consumers.

In a meeting earlier in the week, PTA acting chairman Muhammad Naveed told the Senate committee that it was not possible to push back the date for implementation of the DIRBS, claiming that it could cause losses of millions of dollars.

Nonetheless, the committee members were of the view that instead of facilitating mobile phone users the system would create panic among them.

The Leader of the House in the Senate, Shibli Faraz of Pakistan Tehreek-i-Insaf (PTI) and Senator Mian Muhammad Ateeq Shaikh of Muttahida Qaumi Movement alleged that the new phone blocking system was introduced by the previous government of Pakistan Muslim League-Nawaz with the intention to destabilise the present government.

PTI Senator Fida Muhammad questioned the urgency to introduce DIRBS at this point in time and the reasons for rushing its implementation.

PPP Senator Rehman Malik saw implementation of DIRBS as violation of laws regulating the telecom industry. He feared that subscribers’ confidentiality was compromised if their data and credentials were shared with the PTA in the mobile phone blocking system.

The Senate committed directed the PTA to simplify the mobile phone blocking system and launch a rigorous awareness campaign about it on priority basis.

The meeting was informed that DIRBS was funded by the telecom industry, but the PTA chairman did not disclose its cost.

The committee learnt that the application for the system was provided free of cost by an information technology company, Qualcomm, that also provides equipment to telecom operators.

Despite the PTA chairman’s best efforts to convince and pacify the committee members, they found flaws and errors in DIRBS throughout during his presentation on the mechanism. 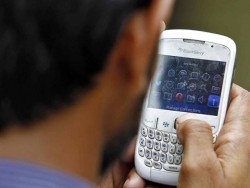