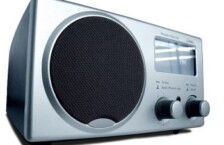 QUETTA: Radio Pakistan’s Quetta centre has stopped its transmissions on medium and short waves because the transmitter required to relay programmes has simply stopped functioning, according to a senior official.

“There has been no transmission on medium and short waves from Quetta radio station in the last five to six years,” a senior official of Radio Pakistan told Dawn.

He said the 10-kilowatt transmitter installed in the Sariab road area, which was used to relay programmes on medium and short waves, had developed a major fault.

The closure of the transmitter has adversely affected the duration of the programmes in local languages, including Balochi, Brahvi and Pashto. The duration of such programmes has been reduced to three hours daily, instead of the six hours reserved for each language.

Earlier, the local language programmes used to be heard in parts of Saudi Arabia and Iran, etc.

“Hundreds of thousands of listeners living in these countries have been deprived of an opportunity to listen to local language programmes,” the official said.

“Brahvi and Balochi programmes can no longer be heard in Baloch areas of the province because of the closure of the Sariab transmitter,” said Akhtar Baloch, a senior producer of Radio Pakistan, Quetta.

Mr Baloch, who is also the president of the centre’s labour union, said the defective transmitter had become obsolete and could not be repaired.

He said the condition of a Russian-made transmitter, installed near Pishin in 1974, was also not too good and it could also stop working at anytime.

All current affairs programmes of the Quetta centre, he said, were being broadcast from the transmitter installed along the Quetta-Sibi road.

Sources said the board of governors of Pakistan Broadcasting Corporation had decided at a meeting held a few years ago in Quetta that the old transmitters would be replaced with new ones and that three FM stations would be launched in Balochistan.

None of these decisions have so far been implemented, according to the sources.