ISLAMABAD: The government ordered the bureau chief of New York Times in Islamabad to leave the country on the eve of general elections for ‘indulging in undesirable activities’, the newspaper said on Friday.

A two-sentence letter was delivered by police officers to the home of the bureau chief, Declan Walsh, at 12.30am on Thursday, it said.

“It is informed that your visa is hereby canceled in view of your undesirable activities,” the Times quoted the letter as saying. “You are therefore advised to leave the country within 72 hours.”

The newspaper protested the action and urged the government to reconsider the move, said Danielle Rhoades Ha, a company spokeswoman.

“We respectfully request that you overturn this decision and allow Mr Walsh to remain in Pakistan,” wrote Times Executive Editor Jill Abramson in a letter to the interior minister, Ha said.

Ms Abramson’s letter described Mr Walsh as a “reporter of integrity who has at all times offered balanced, nuanced and factual reporting on Pakistan”.

Mr Walsh has lived and worked in Pakistan for nine years, most of the time for The Guardian newspaper of Britain. He was hired by the Times in January 2012.

The journalist has written about the country’s political strife, insurgency and sometimes tense relations with the United States.—Agencies 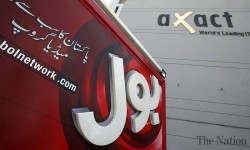 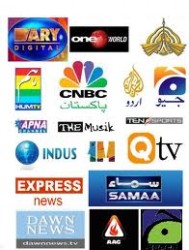 A FEW WORDS: The electronic media and general elections 2013

Concern over expulsion of newsman