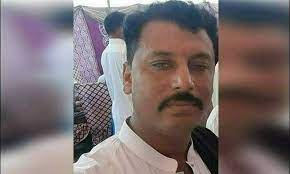 KARACHI: The Sindh High Court on Thursday issued notices to the prosecutor general of Sindh and others on a criminal revision application filed against the order of an anti-terrorism court for transferring Nazim Jokhio murder case to a regular court for trial.

A two-judge bench headed by Justice Mohammad Junaid Ghaffar also put all suspects, including two lawmakers of Pakistan People’s Party, and the complainant side on notice with direction to file replies till next hearing.

The applicant, Advocate Mazhar Ali Junejo, contended that he was a close friend of the deceased and a key prosecution witness as the victim had sent him the last voice message just before he was kidnapped and taken to [the lawmakers’ place] Jam House.

He argued that in the impugned order, handed down on May 23, the ATC-XV had totally ignored the facts of the investigation report and material attached to it since the main motive was designated to restrain, teach brutal and heinous lesson to the Jokhio tribe and other communities so that they could not raise their voice against the lawmakers and their guests in their constituent area. He submitted that the murder had created fear and terror among the public.

The applicant further argued that in the final charge sheet filed before a magistrate, the investigating officer had also named both the lawmakers as accused, but after reinvestigating the case he did not charge sheet them since Jokhio’s legal heirs had entered into a compromise with the main accused which was yet to be declared valid by court.

The lawyer was of the view that reinvestigation in the present case was without any lawful authority since as per the Police Order 2002, the reinvestigation could only be conducted after recommendation of a board headed by an SSP and two SPs.

It may be recalled that the National Commission for Human Rights has already filed an identical application in the SHC impugning the order of the ATC.

The 27-year-old victim, Nazim Jokhio, was found tortured and murdered at MPA Jam Awais’s farmhouse in Malir on Nov 3, and the MPA along with his brother MNA Jam Karim and servants were booked for allegedly torturing Nazim to death as he had resisted houbara bustard hunting and filmed the lawmakers’ Arab guests while they were hunting in the village of the deceased.

The police had twice charge sheeted the lawmakers and other accused in the interim and final chargesheets submitted before a judicial magistrate of Malir.

On Feb 8, the magistrate returned the charge sheet and other case papers to the IO with direction to file the same before ATC saying that the case came within the ambit of the Anti-Terrorism Act, 1997.

Earlier a session’s court had also observed during a hearing of bail applications of some suspects that apparently it was an act of terrorism.

Therefore, the final charge sheet and case file remained at the office of the PG of Sindh for around two months on the pretext of detailed scrutiny and thereafter, the IO had filed the charge sheet before the ATC excluding the names of both lawmakers from the list of accused persons.

On May 23, after hearing both sides, the ATC-XV had said that the case was not an act of terrorism and sent the case back to a regular for trial.

Meanwhile, the judicial magistrate on Thursday reserved his order on the charge sheet in which police had recommended exclusion of the two lawmakers from the list of accused.

Judicial Magistrate (Malir) Altaf Hussain Tunio has fixed the date for the pronouncement of his order as July 2.