ABBOTABAD: A district judge in Abbottabad on Sunday asked the Geo/Jang group’s chief executive, the host of its morning show, its producers and staff to appear before the court today (Monday).

The applicant accused Geo of airing a highly objectionable content and demanded registration of a case against the respondents. The court has issued notices to all the parties, asking them to appear before the court on Monday. 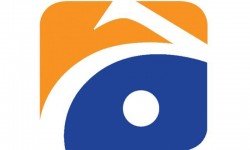