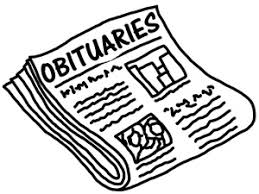 MULTAN  –  Noted poet, author and broadcaster Akhtar Jafri passed away after protracted illness at Combined Military Hospital (CMH) Multan on Thursday midnight. He was 85. Akhtar Jafri’s full name was Faqeer Akhtar Jafri, son of a noted poet Faqeer Noor Jafri. He was born in Daira Deen Panah area of district Muzaffargarh in 1934 and obtained early education from there. He got commission in Pakistan Army and later retired in 1984 as Captain. He had also participated in 1971 war. He then joined Radio Pakistan Multan where he performed as producer and broadcaster and served as host of a famous ‘Fauji Bhaiyon Ka Programme’ for a long time.

Akhtar Jafri authored many dramas, documentaries, features and songs and majority of his songs attracted great popularity. He had also served as Public Relations Officer for Khana-e-Farhang.

His Namaz-e-Janaza was held at Madarsah Saahib Uz Zaman, New Gulgasht colony after Juma prayers on Friday and was buried at a local graveyard.