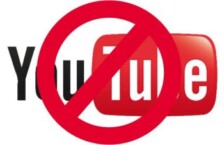 ISLAMABAD: Even though the Pakistan Telecommunication Authority (PTA) acknowledges that Google has made it possible for the Pakistani government to ask for the removal of objectionable videos from YouTube, the site’s Urdu version still remains largely inaccessible inside the country.

The PTA told the Supreme Court on Saturday that YouTube was blocked because it was not possible to remove or block an offensive video from the website without blocking the entire site.

In a report, submitted to the court through PTA Direc­tor Law Mohammad Khur­ram Siddiqui, the regulator claimed that it was simply complying with the SC order of Sept 17 2012, where it had “direct[ed] the Chair­man PTA to immediately block the offending material”.

The update claimed that at the time, it was not possible to block access to the ‘Innocence of Muslims’ clip — that caused an uproar in the Muslim world — without blocking the website’s IP address, which meant cutting all access to YouTube.

The Supreme Court is currently hearing a petition, moved by Barrister Zafarullah Khan, seeking the unbanning of the popular video-sharing website.

The PTA report conceded that Google, which owns YouTube, had launched a version of the site localised specifically for Pakistan on Jan 12, 2016. However, since the PTA’s ban on the site remains in place, most Internet users in the country have not been able to access youtube.com.pk without using secure (https) protocols or VPNs/proxies.

After the launch of the localised website, there was no reason to block YouTube’s IP anymore, the report stated, adding that the website “may now be accessed by Internet users in Pakistan”.

PTA has yet to issue a formal notification regarding the unbanning of YouTube.