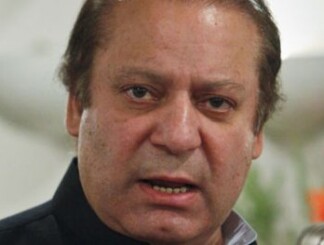 AT the vanguard of the campaign for an end to the state lavishing special gifts on a select few, the media must show that it is keeping a respectable distance from the government. Ideally, the media houses should have voluntarily decided to eschew the option of the state paying for journalists accompanying senior officials on tours abroad. But they chose an official ban over voluntary withdrawal — even when the bar appeared imminent. The old practice has now been discontinued by the government, and the expenses — air fare, hotel bills, etc — of the small group of six media persons covering Prime Minister Nawaz Sharif’s current visit to China are reportedly being borne by their own organisations. While, in keeping with international practice, journalists should ideally be on board the prime minister’s plane to have access to the leader, the government’s move to curtail state expenditure on them during foreign trips is a positive one.

If journalists, per chance, had earlier found themselves beholden to the official interest because of the government’s ‘hospitality’ they must feel free now that ‘condition’ finally stands removed. This first step needs to be followed up and expanded upon. The larger tradition of various state institutions sponsoring trips of their favourites, among them journalists, and the government benefiting media houses through special measures, must also be done away with. An effort should be made to ensure the ban is not lost to any urges of expediency and that journalists are not compensated with hidden offerings later on. It will not be an easy act to follow, yet it is essential to the reputation both the government and the media must have of being independent, non-discriminatory entities focused on the good of the country and its people.