No final words yet about OTT services fate 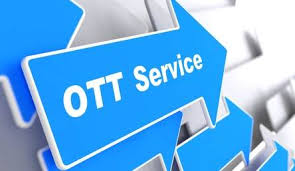 ISLAMABAD – Officials said yesterday that it is too early to predict that certain OTT services (WhatsApp, Skype, Facebook) would have to obtain license from the regulator to operate in the country, under the new telecom policy.

The policy has just been announced. There is a clause, which asks the PTA to regulate OTT services through a framework; the clause itself requires interpretation, a PTA official said.

He said after thorough analysis, the regulator will hold consultation with stakeholders and telecom companies, and if required, will work out some strategy.

The recently announced Telecom Policy clause binds OTT service providers to get an approval from Pakistan Telecommunication Authority to continue their services in the country.

Another senior official strongly negated the impression that if some company does not get approval from the PTA its services will be blocked.

“It is a misconception, we don’t intend to close any service or create hurdles in starting some new service in the country. We will hold meetings with the OTT service providers and will work out a mechanism,” the official said.

Insiders believe that the Ministry of IT decision to regulate OTT services, under the new telecom policy was an attempt to generate more revenues.

The government earnings (taxes) on long distance calls were squeezed after the last government allowed the International Clearing House.

Under the ICH regime all international traffic was terminated through PTCL and the operators shared the revenues based on their pre-ICH market share.

Although on orders of superior court the ICH regime was abolished but the legal traffic has not been fully restored, as the callers have now switched to Internet-based calling services like Viber and Skype.