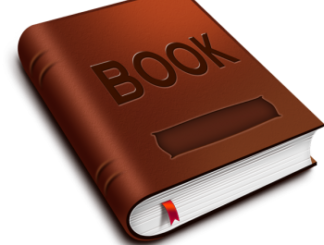 Lahore has been a favourite haunt of many intellectuals, painters, poets, journalists and writers. It has been the centre of Urdu printing and publishing since, at least, the 19th century. In fact, Urdu has been the language of literary expression in Punjab for centuries and it is believed that one of Urdu’s earliest poets was a citizen of Lahore known as Masood Saad Salman Lahori. Though Masood Lahori’s Urdu divan has never been found, Ameer Khusrau has mentioned in his book Ghurratul Kamal that Masood Lahori composed poetry in Persian, Turkish and Hindvi (Urdu).

Bhati Gate, a residential locality in the Old City of Lahore, is often dubbed as ‘Lahore’s Chelsea’, or writers’ borough, as it has been home to many great writers and poets, such as Allama Iqbal and Sir Abdul Qadir. It was at Bhati Gate from where Sir Abdul Qadir launched his epoch-making literary Urdu journal Makhzan. In July 1924, Nairang-e-Khayal, a prestigious literary Urdu journal edited by Hakeem Yousuf Hasan, was launched from Bhati Gate. Prof Muhammad Deen Taseer, also known as M D Taseer, was its co-editor. Taseer also edited Karavan, a magazine dedicated to promote literature, painting and modern criticism. Distinguished painter Abdur Rahman Chughtai too was associated with Karavan.

There were scores of magazines and newspapers being published from Lahore and the writers, poets and intellectuals from Punjab were contributing to Urdu literature profusely and enriching it. Nairang-e-Khayal and Karavan were among the ones that left their mark, though Karavan closed down after just two issues.

These two magazines, along with weekly Paras, played a major role in the literary feud that raged between the writers of Punjab and UP (United Provinces or Uttar Pradesh) and often published rejoinders from the writers of Punjab. The critics and writers from UP in those days generally criticised Urdu poets and writers from Punjab and often pointed out idiomatic errors and incorrect usage in the writings of Punjab writers and poets, quite conveniently ignoring the new, modernistic approach and fresh thought the writers of Punjab were putting forward in their Urdu writings. The critics of old school had not spared even Allama Iqbal and quite unjustifiably poked fun at his use of the Urdu language.

Aside from literary magazines, the battlefields where these literary battles were fought were at the mushaira venues. In Lahore particularly a group of writers used to dominate mushairas and other literary gatherings. For instance, Allama Tajver Najeebabadi headed the group and soon many well-known poets joined his group. Allama Tajver’s group was particularly against Hafeez Jallundhari but Taseer and Ahmed Shah Pitras Bukhari supported Hafeez.

Hafeez has narrated in his books Naghma Zar and Soz-o-Saz how the two groups verbally clashed at mushairas and how Bazm-e-Adab-e-Punjab was formed after a skirmish that took place at a mushaira held in Simla in 1925. Taseer and Pandit Hari Chand Akhter had launched the idea and Hafeez had to join. Abdul Majeed Salik was made the president. In those days, Lahore’s weekly Paras published some of the arguments and rejoinders. Bazm-e-Adab-e-Punjab was in fact Niazmandan-e-Lahore’s early precursor.

When Karavan’s first annual issue appeared in 1932, Saqi (Delhi), Aligarh Magazine (Aligarh) and Jamia (Delhi) criticised its contents and language. A rejoinder titled ‘UP ke tanqeed nigaron ki khidmat mein’ (Addressing criticism by UP critics) was prepared and when it was published in Karavan’s annual 1933, its writer’s name was mentioned as Niazmandan-e-Lahore.

From then on the circle was called Niazmandan-e-Lahore but it remained a mystery that who wrote those satirical and punchy critical pieces that used to defend Punjab writers. After Pitras’s death in 1958, Yousuf Hasan, Nairang-e-Khayal’s editor, revealed in Nuqoosh’s Pitras Number (1959) that Pitras and Taseer wrote that particular piece and Salik gave it the ‘finishing touches’. He also wrote that many critical pieces and rejoinders against the UP writers published in Nairang-e-Khayal under the pseudonym Niazmandan-e-Lahore were penned by these three.

There was one particular piece that was published against Tamkeen Kazmi’s book, ridiculing Tamkeen Kazmi, Mulla Ramoozi, Niaz Fatehpuri and the critics of UP in general, that was crisp and hilarious. But Niazmandan’s criticism was based on principles and when Niaz Fatehpuri unduly criticised Josh Maleehabadi’s poetry, Niazmandan came to Josh’s rescue.

Unlike the Progressive Writers’ Association, Niazmandan-e-Lahore was not a literary movement nor was it an organisation. It was a group of like-minded writers comprising highly educated and modernistic Urdu writers who scoffed at the literary theory that limited itself to linguistic aspects alone. Literary giants such as Taseer, Pitras, Abdul Majeed Salik, Imtiaz Ali Taj, Soofi Tabassum, Pandit Hari Chand, Majeed Malik, Hafeez, Chiragh Hasan Hasrat and A.R. Chughtai were the members of Niazmandan-e-Lahore. Among them Abdul Majeed Salik was the most senior and commanded respect of all with some members even calling him Ustad.

In Nuqoosh’s volume 141, an article on Niazmandan-e-Lahore had appeared. Penned by Ghulam Rasool Azhar, it not only gave the details about Niazmandan-e-Lahore but also quoted Dr Aftab Ahmed who had written on the issue on different occasions. According to Dr Aftab Sahib,

Faiz Ahmed Faiz used to cherish fond memories of Niazmandan-e-Lahore as he was close to the circle, though Faiz never participated in such skirmishes. According to Aftab Sahib, Niazmandan-e-Lahore had taken the literary atmosphere of Punjab and UP by storm between the mid-1920s to mid-1930s.

But Niazmandan-e-Lahore’s activities ended abruptly while it reached its peak. In 1934, Taseer left for Cambridge to earn a doctorate in English literature. Pitras went to Delhi in 1936 to join All India Radio and later became its director general. Majeed Malik had already left Lahore for Mumbai (Bombay in those days) to join Reuters. Though Salik, Hafeez, Pandit Hari Chand, Soofi Tabassum and others were in Lahore, Niazmandan-e-Lahore was virtually lifeless. In fact, Pitras and Taseer were the moving spirit behind the venture and with their departure it ceased to exist. On the other hand, many poets and writers of Allama Tajver’s group, too, had left Lahore. Another factor, perhaps, was the rise of Progressive Writers’ Movement that sealed the fate of old school of thought.

But Niazmandan-e-Lahore left some indelible marks and some of its critical pieces would be remembered for their lucid thinking, modern approach and witticisms.