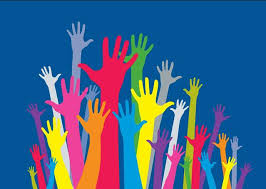 While assuring her full support to the Country Representative, Human Rights Minister, Shireen Mazari said efforts were being made through comprehensive strategy to ensure the rights of every one including the rights of women aimed at mainstreaming of the women at all levels in the country.

Mazari apprised the UNFPA Representative about the steps for the protection of human rights. She said besides implementing the existing laws the government was also working on new legislation.

Dr Mazari said that various bills including the Zainab Alert Bill which had been recently passed by the cabinet was in the Parliament. In addition awareness campaigns were also underway for educating the masses about the laws. Dr Mazari said that the government had already started the campaigns regarding the women’s right to inheritance and against child abuse. She said that securing human rights of people was the government’s top priority.

She said that the government was taking indiscriminate measures to ensure human rights and provision of basic facilities to all the citizens. She said law for the protection of rights of transgender community had been implemented and establishment of separate ward for transgender had been taken as part of Transgender Law.  She said that Child Protection Commission would soon be established. Mousa appreciated the various initiatives and endeavours of incumbent government and devising new legislation for protection and promotion of the human rights in the country.