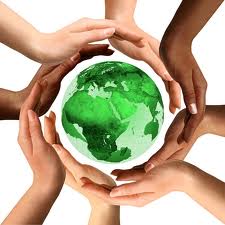 Karachi: The National Forum for Environment & Health (NFEH) in collaboration with the United Nations Environment Programme has announced that it will hold different functions from June 1 to 7 in connection with World Environment Day.

NFEH President Muhammad Naeem Qureshi said in a statement that his forum had constituted a network of over 20 commercial, social, governmental, non-governmental and municipal organisations for holding functions to mark World Environment Day observed on June 5 every year.

The functions are aimed at spreading awareness about environmental issues.

The functions will also be aimed at promoting individual and collective efforts being made for seeking effective solutions to environmental issues.

According to the NFEH, the first event will be an environment festival at the PAF Museum Karachi on June 1 for youth, children and families.

A seminar will be organised on June 4 highlighting the issue of wastage of food and preventing such an undesirable social trend.

On June 5, there will be a campaign in collaboration with the District Municipal Corporation South and the K-Electric for the cause of plantation, sanitation and removal of graffiti in downtown areas of the city.

On June 6, there will be fun activities for children in a local shopping mall in Clifton area for drawing, poster-making, singing and plantation for spreading awareness about environmental issues.

On June7, there will be plantation and delivery of lectures in the Patel Hospital and a private resort.

NFEH chief Qureshi said the forum in collaboration with various media groups would also air programmes to mark the day on issues related to environment, sanitation, conservation of water and power resources, deforestation and for prevention of wastage of food resources. He was of the view that governmental organisations, political parties and other relevant organisations were required to launch their own awareness campaigns and efforts for cause of environment.