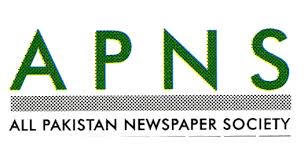 LAHORE: Punjab Information Minister Syed Samsam Ali Bokhari on Monday assured the media and working journalists that the media industry would get a wave of fresh air soon, and the next budget would prove helpful in addressing grievances of the media workers. Speaking at a reception, hosted by All Pakistan Newspapers Society (APNS) at a local hotel, he said the incumbent government was well aware of problems being faced by the media industry, but it was not responsible for the crisis.

Samsam Bokhari said it was the previous government that created problems for the media and he, as the Punjab information minister, would take up the issue with Chief Minister Sardar Usman Buzdar and Prime Minister Imran Khan. He admitted that most complaints presented by journalists at the reception were justified. He said neither a government could survive nor present its viewpoint before masses without the media help. Paying tribute to the media over its role in the recent episode when India was busy in propaganda against Pakistan, Bokhari said the national media exhibited great maturity for which the government was grateful to it.

About advertisements issue, he said within the next few days, a joint committee would be formed, and the government would safeguard the policy given by it.

The Punjab minister said he believed that the parliament could not be termed complete without participation and presence of the opposition parties, but at the same time, it was necessary to avoid politics of blame-game, allegations.

He said it was his duty to counter the allegations, levelled by the opposition parties, particularly to those statements of politicians which made headlines in the Indian newspapers.

APNS General Secretary Sarmad Ali, in his address, said the media industry, particularly the print media, was passing through a very critical phase. He said the volume of the government advertisements had been reduced to almost 50% and nearly 25% reduction had been witnessed in the advertisements from the private sector. He said the present business model, followed by the newspaper industry, was decided in the 1980s after a meeting with the then federal secretary and APNS representatives. The minister said that in entire world, whenever any industry faces crisis, the government announces a ‘bailout’ packages for it.

Sarmad Ali said that receiving advertisements was the right of newspapers and it was necessary for their survival. He added that the largest number of newspapers in the country were printed in Punjab. “All these newspapers need your attention, we are not asking for the bail-out package as a favour, we just want you to restore the volume of advertisements that used to be a year ago.”