He made it clear that in case of failure in registration the declaration of those newspapers and advertising agencies would be cancelled under Khyber Pakhtunkhwa Press, Newspapers, News Agencies and Books Registration Act, 2013.

The spokesman has advised the owners of newspapers to take benefit of this one week third time extension to avoid legal and disciplinary action under the Act. 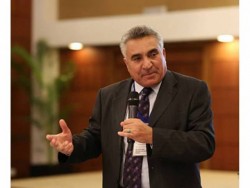