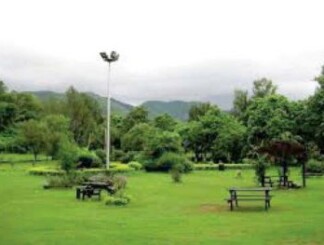 ISLAMABAD: Having secured control of its land, the federal government has started work on preparing a new project concept paper for building a massive zoological, botanical and research garden in the Bani Gala area of the federal capital.

Once ready, the draft concept paper will be sent to the Ministry of Climate Change secretary for approval before being sent to prime minister for final review.

Sources say that during the tenure of the previous Pakistan Muslim League-Nawaz (PML-N) government, the project had won approval after a concept paper for it was submitted. However, a project concept-I (PC-I) of the project has yet to be made.

After the Pakistan Tehreek-e-Insaf (PTI) was elected into government last July, the climate change ministry had forwarded the same concept paper but the ministry was advised to prepare a fresh draft with a better design for the gardens.

As per the initial project concept paper, the garden was estimated to be established over 725 acres of land near Bani Gala at a cost of Rs1.385 billion.

As many as 32 projects were planned for the gardens, including the construction of connecting roads at an estimated cost of Rs100 million while offices, residential quarters, animal enclosures, laboratories, a research centre and shops were to be built at a further cost of Rs525 million.

The estimated cost for vegetation, landscaping and plantation was estimated at Rs125 million while construction of footpaths, parking and walking tracks was estimated to cost Rs65 million.

The wildlife and rare species of animals to be hosted at the gardens were estimated to cost a further Rs300 million.

The creation of an artificial lake in the garden and other structures were expected to cost Rs50 million.

Similarly, Rs120 million will be required to ensure supply of water, laying a sewerage and drainage system in the gardens.

The cost of designing, consultancy and supervision for the project is expected to be around Rs100 million.

Until recently, around 2,323 kanals of the 725 acres of land earmarked for the garden was illegally occupied by some influential land grabbers.

After orders from the Supreme Court to recover illegally occupied land, the Islamabad Capital Territory (ICT) administration and the Capital Development Authority (CDA) recovered possession of the land and handed it over to the Zoological Survey of Pakistan — the department which is responsible for the garden.

In order to protect the land from encroachment in the future, the government and the civic authorities are busy building a boundary wall around the project.

The wall has been built for around nine kilometres around the land with work on five kilometres remaining. This is expected to be completed by June this year.