ISLAMABAD: The Sup­reme Court on Friday ordered constitution of a fresh committee to consider the proposals and recommendations being developed by a different group for the grant of fundamental rights to the citizens of Gilgit-Baltistan (GB).

A seven-judge SC bench headed by Chief Justice of Pakistan Mian Saqib Nisar had taken up a set of petitions challenging the Gilgit-Baltistan Order, 2018, Gilgit-Baltistan Empowerment and Self Governance Order, 2009 as well as the right of the citizens of the area to be governed through their chosen representatives. SC directs govt to share recommendations earlier adopted by high-level body

The Gilgit-Baltistan Order, 2018 was earlier opposed by protesters hailing from Northern Areas who demanded that GB should be declared a part of Pakistan instead of being administered through presidential orders.

At the last hearing on Dec 3, the apex court had hinted at announcing a meaningful judgement to grant fundamental rights to the citizens of GB. On that day the SC had ordered the government to furnish before it the recommendations adopted by a high-level committee constituted to carefully examine constitutional, administrative and governance reforms for GB. The same proposals should also be provided to the petitioners as well as to Mr Ahsan.

The new committee was formed when the AG sought more time for addition of proposals to the recommendations developed by the high-level committee. Since the proposals were not provided to the amicus curiae and the counsel for the petitioners, the court ordered the new committee to meet up at the AG office at 3pm where proposals should be shared and be advanced by all stakeholders.

The court said the proposals would be considered before its final order, adding that a final report should be submitted before the court by Tuesday. The case will be taken up again on Dec 24. The CJP observed that the GB people were complaining that they were not being given the authority.

The AG, however, explained that the draft bill being made sought to hand over the authority over law enforcement and administrative matters to the GB government in line with the Constitution.

“We cannot make it (GB) a separate province but we can give it the same powers that provinces have,” the AG stated

The petition being adjudicated upon seeks to declare the Statutory Regulatory Order (SRO) No 786 (1) of Sept 9, 2009, Gilgit-Baltistan Empowerment and Self Governance Order 2009, which was amended lately in February 2015 empowering the minister for Kashmir Affairs and Northern Areas (KANA) to act as the GB governor as illegal, unlawful and contrary to the May 1999 SC judgement in the Aljihad Trust case. 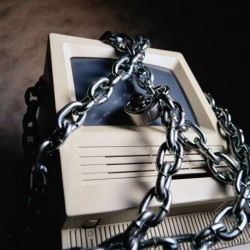