The library, established at a cost of Rs5 million, has been revamped and changed into a state-of-the-art library by the Abdulla family, from which Arshad, Rashid and Shahid Abdulla were the founding members of the institute. The library is named after their mother, Marium.

The family is responsible for the new look of the library and have turned it into an appealing and advanced library with the latest computers, heavy metal bookshelves, air-conditioners and wooden furniture.

The grandson of Marium, Moonis Abdulla, remembered his grandmother as a pillar of the family. “She wanted everyone to learn and gain knowledge,” said Moonis at the inauguration ceremony.

Talking about his grandmother and her vision, Moonis shared how she wanted to learn and encourage her children to do the same. For her, adding value to anyone’s life was through education and knowledge. “If you are able to add value in someone’s life through education, that’s where your success lies,” he said.

One of the founding members of the institute and dean of the design department, Professor Shehnaz Ismail, shared how the trend of libraries has been overshadowed by inventions of gadgets and online books. However, she said, the feel of holding a book and turning pages cannot be the same as reading from an electronic device.

Since 1994, when the first batch of IVS passed, all the researches have been saved by the institute to help students. “Unfortunately, there is no proper way to preserve things in the country and there are many subjects on which you cannot find any journals,” Ismail explained, sharing how there are some textiles on which there is no research available but IVS has it in its library. “We try to save all those unique information and researches which have been completed,” she added.

Meanwhile, the executive director of IVS, Samina Raees Khan, said the library caters to more than 12,000 books presently and will be increasing its collection in the next two years. Keeping in view the 2025 plan for the institute, they have also decided to increase the budget for the library, which can eventually help in providing more facilities. “Such libraries will be of great help for students for research and innovative projects,” she added.

She also revealed that every week around 50 students from outside the university visit the library to use their resources. 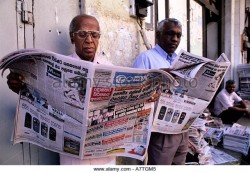