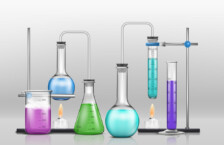 KARACHI: Sindh Chief Secretary Syed Mumtaz Ali Shah has said that the overall performance of Karachi Chemical Laboratory was not satisfactory and stressed the need to equip it with modern technology with the assistance of the Interna­tional Centre for Chemical and Biological Sciences of Karachi University.

The chief secretary, who made these observations during his visit to Chemico Bacteriological Laboratory at the Services Hospital here on Wednesday, directed the health secretary to finalise the memorandum of understanding with KU so that modern equipment could be installed at the laboratory to improve its performance.

Health Secretary Zahid Abbasi and chemical examiner Dr Shahid Mustafa briefed the chief secretary on the last six months’ performance of the laboratory saying that during the period the laboratory had conducted tests and released 14,914 cases’ forensic reports. These reports included 614 murders, 368 of heroin, 4,332 of food and 3,099 samples of liquor.

Earlier the chief secretary presided over a meeting pertaining to the Dhabeji Economic Zone.

Briefing the meeting, Secretary for Investment Ahsan Ali Mangi said the Dhabeji Special Economic Zone was spread over 1,530 acres where the government was working to provide infrastructure to investors and industrialists.

Referring to the measures being taken to attract investors to develop the special zone, he said the department of investment had held a conference on Nov 19 on the ‘Dhabeji Road Map’ in which over 100 companies had shown interest in setting up industries in the zone.

The chief secretary said that all utilities would be provided on time at the Dhabeji Zone, where 230MW electricity and 15mmcfd gas and 10mg water daily would be provided to meet the need of the industrial units to be set up.