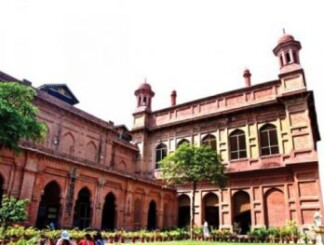 LAHORE: Students of National College of Arts (NCA) have planned to hold an online Short Film Festival on Friday wherein 10 short movies would be screened.

The festival, featuring short films by the students from Pakistan and India, would be held on Friday (tomorrow). The idea of the festival is initiated by Kumar Abishek, the head of the film club and student of School of Planning and Architecture, New Delhi, India is the first of its kind. The two students of NCA Film and Television Department namely Sabah Zaman and Shafiqur Rehman, who were contacted by Indian students for the festival, worked to unearth the idea.

Sabah, the organiser from NCA, said that after a discussion on holding the festival, they invited all institutions and received more than 60 short films from Pakistan and India. “We started work on the idea of film festival with a Facebook page, and we had a total of 60 short film entries out of which we chose the final top ten which would be screened at NCA and also at School of Planning and Architecture, Dehli simultaneously.

The short films include; Pagal by Emad Khalid from NCA, Aks by Samara Momin from NCA, Fly Catcher by Chini Prakash Nandi from India, Insti by Utkarsh Raut from India, Kambakhtay by Umme Rubab from Karachi University, Night Coach by Shafiqur Rehman from NCA, the Window by Farheen Bano from NCA, Prayas by Abishek Shrivastava from India, Vidai by Sairam Ramanthan from India and A Perfect Murder by Kamil Shaikh from India.